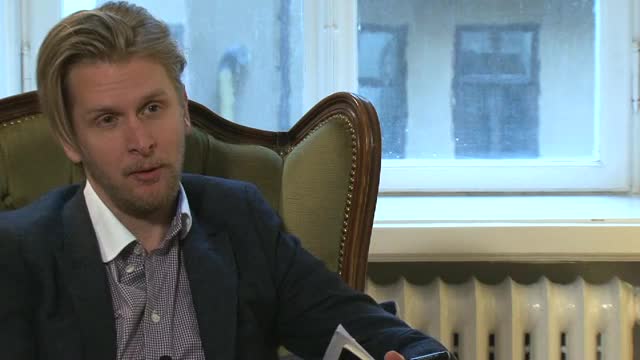 Sandberg: Audience as a character in the show

One big difference with media today and media before interactivity in mass media is that the dialogue can be two-way. You can get stuff from the radio, you could get it two-way a little bit, but in books for instance, if you send it out to the audience they can't really send anything back to you. Nowadays, with Internet and mobile technology you can have a two-way dialogue. I mean, there's nothing earth-shattering about that. But the effect of that is fantastic. What we do, or want to do is to have the content that exists in everybody involved. Instead of having a show that we send out to someone to watch on TV, we create the show with the audience. Which is a big difference from a dramatical standpoint. The audience is a character in the show, either by being a character in the show, like showing up on camera, or sort of a metacharacter: they are the friends or the support for the on-screen characters or something like that. By having this dialogue we want them to have a sense of urgency. They own what happens in the show, they can change what happens in the entertainment experience, whether it's a mobile game or a TV show. And the story is, to a degree, born inside of them, rather than from us. When you write the script for a character on a TV show, you try to describe how that character is, and then you write the lines that the character will say, and then the actor interprets that. And then the audience views it, and they have a secondary identification and so on. They feel what the character is feeling. Hopefully, if you're doing good drama. What we are doing is leapfrog directly into the audience. Sometimes, in live-action roleplaying, we write characters for the audience. Or in big and sort of alternate reality games, instead of sending a lot of material for them to feel and have feelings around, we have the audience do a lot of things that create feeling. I mean, if you jump up and down you're going to get exhausted, or if you dance you're going to get happy. So instead of sending a piece of film that creates these feelings in the audience, we help them do things, like running around in the city or interactivity online.

How to Build Tesla Easy

Intel+Toshiba Commercial: The Beauty Inside